In about 2000 Chris decided he needed a photographic project.  He thought he’d try to capture the human body in new ways – after all, he thought, the human form is one of the commonest things around – everybody’s got one!
The project turned out to be more difficult than he anticipated.  As he found out, people have been photographing the human body ever since photography was invented nearly 200 years ago.  Coming across the work of the America optical surgeon Howard Schatz (website here), he decided to try to build on this work by photographing the body underwater.
This talk is about this project, what led to it, how it worked out and what came afterwards.  Some pictures have
been published, sold and exhibited.  Some contain nudity. 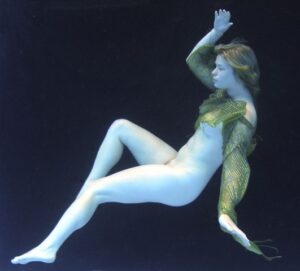